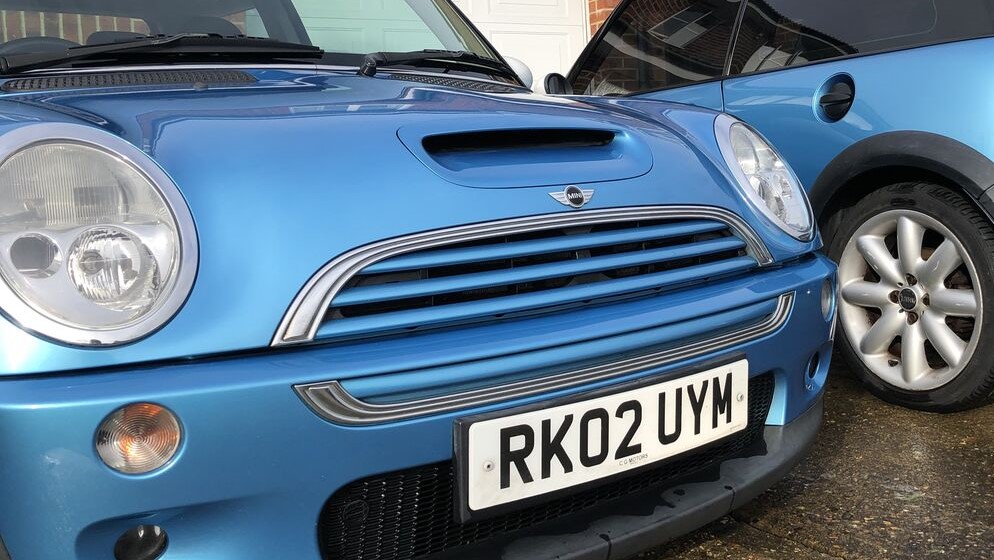 Unlike the MINI R50 which was launched in the UK first, 9 months ahead of the rest of the world, the R53 was available to the American and Canadian markets ahead of the UK when the entire MINI range was launched at the same time in March of 2002. Other right hand drive markets: Japan, Australia and South Africa saw the R53 launched at the same time as the UK.

Due to the R53 being available to multiple RHD markets simultaneously and those markets sharing the same VIN sequence, building a database of UK cars to determine which are the oldest R53s was not as simple as the R50, whose MINI Y Register can simply use the VIN number to equate to the build order number.

When I first started analysing the data and obtaining registration numbers for the early VINs I couldn't initially understand why there were so many gaps in the data. VINs that simply didn't have a registration number assigned. We had seen this for some early R50s as well but nowhere near on the same scale as the R53s. It wasn't until I looked at the VIN Decode data that I understood that those with missing registration numbers tended to have one of the following country codes defined:

Therefore to compare which of the R53s were the first within each country and work out the the build order for a particular country I invented a Country Order number and assigned the country of each car along with this number in the database.

At least this will give the classic car importers business in years to come as the UK supply of genuine UK early cars get snapped up or disappear into barns yet to be found! It does make it slightly harder for those collectors wanting to find an early example and I suggest they consult the 02S Search page to determine how early and example each VIN number is.

Available MOT and tax data suggest that whilst the oldest head office car , RK02 UYM is actually the 4th oldest UK R53 still surviving. It is currently owned by an enthusiast and awaiting some TLC before it can be restored to its rightful glory. 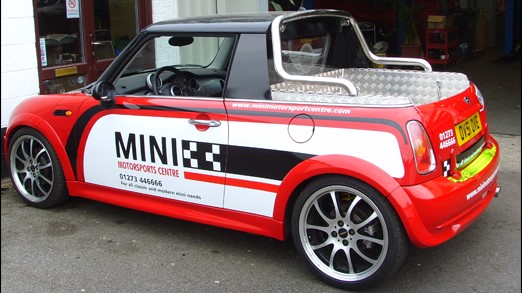 So which is the oldest? Technically that's OV51 OVE (UK 28), although strangely this R53 isn't an R53 anymore at all! Rather it's been converted to a MINI pickup and lacks a bonnet scoop or centre twin pipe exhaust suggesting it has a MINI R50 engine under the bonnet.

RK02 UYM is the oldest Electric Blue R*02 with RX02 MVD being the oldest Grey R*02. Both of these are owned by members of the 02S Register!

OV51 OVE is owned by a specialist MINI garage whose owner used to work for John Cooper Garages and with its Oxford registration is suspected to have been an early prototype for the R53 JCW conversion. What is interesting about SF02 RBJ and N70 JLE is that neither of them received an Oxford (Cowley Factory) or Reading (BMW Head Office) registration plate. In fact they weren't even registered in the UK until Nov 2013 and Dec 2006 respectively. So exactly how or where they spent their early years is yet to be discovered. 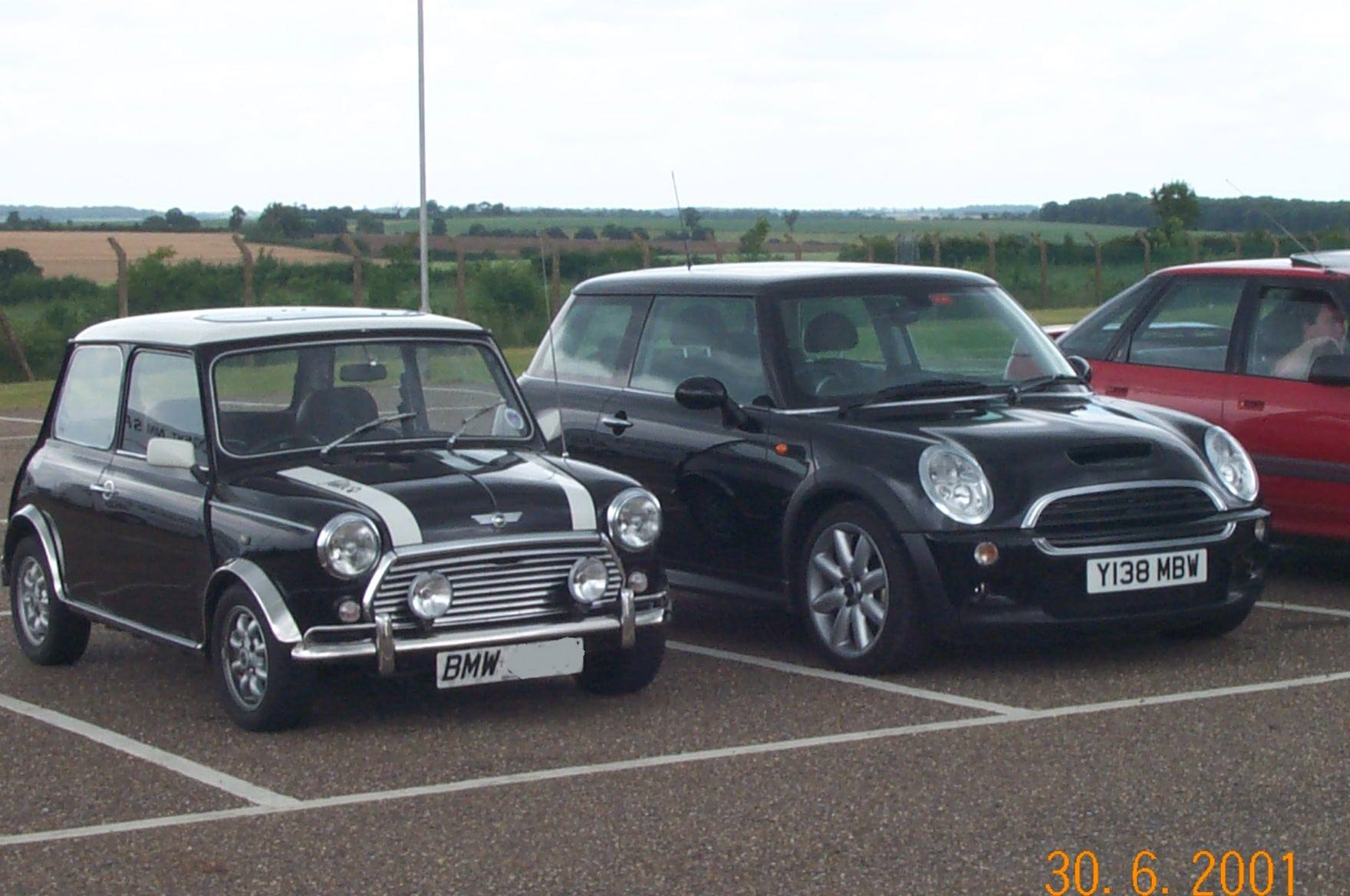 Like the R50 MINIs before them a pattern can be seen in the development of the R53. There are the early prototypes, the earliest of which with a known registration was actually registered on an X registration plate, X948 UOL. Another very early car Y138 MBW can actually be seen pictured below at an R50 pre-launch event where BMW invited classic Mini car club committees and members along to win them over with the new MINI. Notice the bonnet scoop for the intercooler and 17" wheels but otherwise a MINI resembling more a ONE or Cooper.

Next come the cars registered at Oxford, likely by the Cowley factory and as we saw with OV51 OVE quite probably have links with John Cooper Garages and the development of the Cooper S JCW.

Then like the Y OBL MINI R50s come the the head office launch cars. Unlike the OBLs which had the change in registration number format on their side, these cars aren't immediately noticeable to the uninitiated but looking at the database of cars a clear pattern can be seen. All of the head office cars have what has become known as an R*02 (R star) registration number.

These can be further broken down into 2-3 categories. There are the early cars with a RJ02, RK02 or RX02 registration which tend to be February 2002 cars and then the RE02 and RA02 registration which tend to be March 2002 cars. There are as always some exceptions to these rules so always check the 02S Search page to be sure. With the RE02 and RA02 cars it can also be seen that the RE02 cars tend to (but not always) have a lower VIN than the RA02 cars.

In a future post I'll talk more about the press cars, but one thing that has been observed is that all photographic evidence found to date of press cars is that they all had an RE02V or RE02W registration plate. 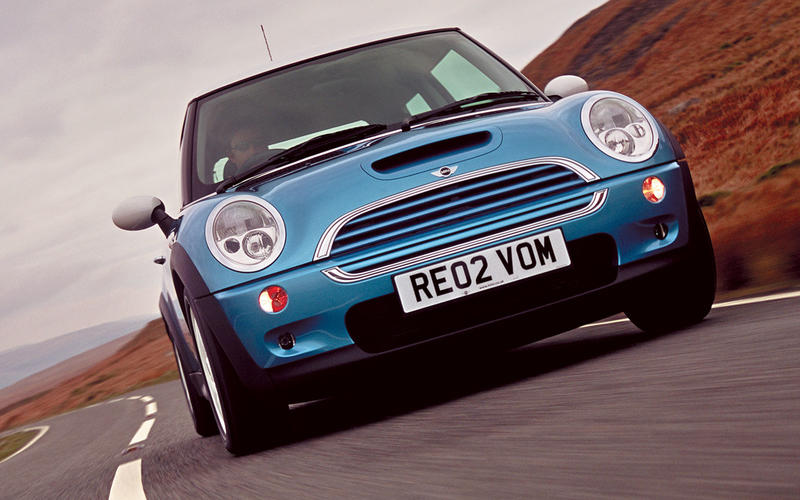 Perhaps the most famous of the press cars being RE02 VOM which unfortunately had been reported as being scrapped within the last 2 years by someone who had contact with the garage who broke the car.

One of 2 things all of these early head office cars and dealer demonstrators have in common is that they were either Electric Blue or Grey in colour. Disregarding the early prototypes the first 581 cars are one of these 2 colours. As with the R50 it is suspected that those not an an R Star plate would have been a dealer demonstrator.

Unlike the R50 MINI which was a totally new venture for BMW which involved dealerships preparing from nothing the R53 already had a sales channel ahead of its launch. Dealerships would of had R50 stock and R53 brochures way ahead of the launch of the R53. This meant that 4,000 Cooper S cars were already on customer order before the R53 went on sale on the 8th June 2002. One such car was the 100,000th MINI produced. According to the press release of 30th May 2002, 25,000 R50 MINIs had been sold to the UK market. Meaning approximately 70-75,000 must have been sold abroad!